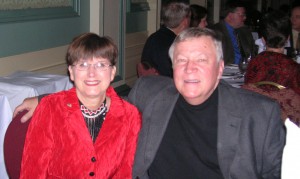 Tim Soyars is the author of Where’s Charlie? Memories from a Time of War, 1965-68, published in 2011. In Vietnam he served as an officer with the 1st Air Calvary, receiving commendations for valor and leadership. Historian Bernie Weisz writes “Where’s Charlie” is hands down one of the top 10 Vietnam War memoirs EVER written!

After the war, Tim joined Mobil Oil Corporation, working domestically and internationally for more than twenty years. After retiring from Mobil, he served as the director of business operations and college computing at Mountain View College in Dallas. He is retired and lives with his wife Jeanie near Dallas, enjoying the company of their three children and five grandchildren.